Want to know what ambush marketing is but were afraid to ask? Remember when Nike sponsored the 1996 Olympics? Oh, you don’t? Well, that’s okay because they didn’t. But you probably remember seeing the gold sneakers donned by Olympian Michael Johnson— a star athlete of that year’s games.

That’s ambush marketing in a nutshell. It’s when a brand co-opts the PR of a major event without the millions spent being an official sponsor. While Reebok was the official sneaker sponsor of the Atlanta Olympics, Nike stole the show. They aligned themselves with a celebrity of one of the games’ most popular events and made bank in the process.

Ambush marketing is a maverick approach to advertising. And you don’t need to be a global brand like Nike to crash the party. So let’s dive deeper into what it is. And we’ll also give you seven ideas you can use to get an edge over your competition. 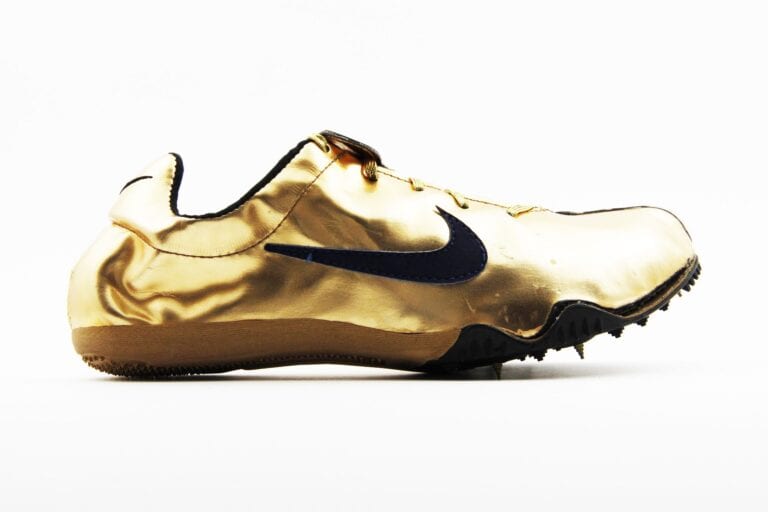 A Quick Primer on Ambush Marketing

Ambush marketing rides the coat-tails of another brand’s campaign to raise awareness— generally in the context of event sponsorships.

With the Tokyo Olympics a little more than two months away, let’s look at another example from the games. In 1992, during the Winter Olympics in Lillehammer, France, a bitter feud erupted between American Express and Visa. Visa shelled out $20 million to be the games’ official credit card sponsor and reminded viewers that “The Olympics don’t take American Express.”

Not to be outdone, American Express looked ahead to the 1992 Summer Olympics in Barcelona with ads running against Visa featuring the slogan, “When you go to Spain, you’ll need a passport— but you don’t need a Visa.”

When you think about it, ambush marketing is like sports. Sports, in the sense where two main rivals duke it out for ultimate supremacy.

Seven Types of Ambush Marketing (and How To Use Them)

Ambush marketing flies in the face of traditional marketing sensibilities, just as guerrilla marketing does. Likewise, it involves a lot of risk-taking, ethically and legally. So it’s essential to weigh the pros and cons before diving in. For your brand or business, we suggest investing in indirect ambushing.

While still intentional, indirect marketing is association through suggestion. Its aim isn’t to infringe directly on a competitor’s stake. Simply put, it’s a less aggressive approach to a risky marketing strategy.

Associative ambushing is a subtle way for a brand to attach itself to a big event, creating the illusion it’s a part of the big show.

Let’s say your brand makes custom hats, and you want to time your campaign around the Kentucky Derby— known for showcasing elegant and stylish hats as much as the race itself. Throw your own pre-race party and book a mobile showroom showcasing your products. And remember to get the word out and invite people to attend using the social media hashtag #KentuckyDerby.

Your brand may not be directly involved in an event, but you can still revolve around its orbit with ambush marketing. Distractive ambushing creates a presence at or near an event, siphoning off publicity and/or consumer awareness.

If you own a start-up skincare company and want to jump ahead of those big-name brands, set up a kiosk centrally located to one of their stores and entice customers to check you out. If they’re offering a 10% off sale on their products, one-up them with a 20% discount and attract value-conscious consumers.

With values marketing, a brand will co-opt the message of an event, implying an association related to its central value.

In 2008, Puma revolved its spring and summer soccer-themed campaigns around the values of that year’s 2008 UEFA European Championships. The brand’s “June 2008: Together Everywhere” campaign was, while not a direct advertisement for the tournament, closely aligned with its theme emphasizing unity and social justice.

In the world of ambush marketing, insurgent ambushing surprises with creative promotions— like street team marketing.

July is National Ice Cream Month. And it’s even federally recognized— starting in 1984 after President Reagan’s proclamation. It’s a powerhouse marketing month from the biggest ice cream brands in the world, but that doesn’t mean your ice cream truck can’t get a scoop of the free press. Hire brand ambassadors— or even use your staff— and hit the streets giving away cones and cups.

Even if your business doesn’t sell ice cream, you can use this cool treat as a form of ambush marketing. Check out Calvin Klein’s 2019 campaign combining free ice cream cones with their signature briefs using a branded food truck. 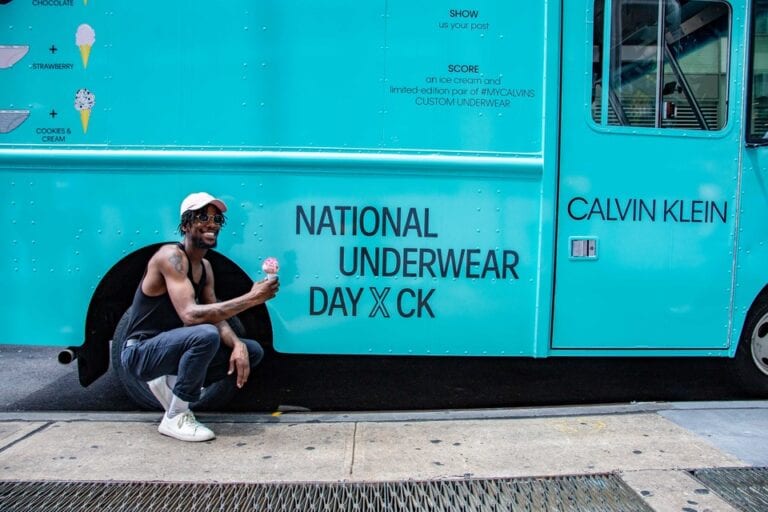 Say your sneaker company isn’t an Olympics sponsor. Try hosting a one-day fun run during the games, prompting your customers with a call-to-action on social media to participate.

That’s parallel property ambushing. The goal is to schedule and launch a campaign side-by-side with a more significant event. This is an excellent way for small businesses to receive coverage on the heels of a popular event.

Unintentional ambushing is free publicity when you weren’t even looking for it. Maybe an event headliner gives your brand a shoutout. Well, away you go! Some consumers will automatically think your company is aligned with the event.

This is a good time to outreach with influencers. Aside from having a devoted base of followers, they’re inspirations for businesses to harness the power of social media. Approval from an established beauty influencer can take your mom-and-pop makeup company to new heights. 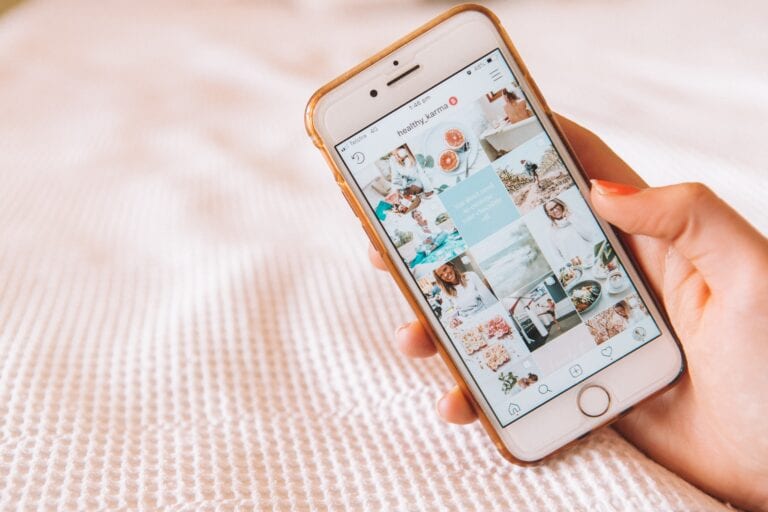 Your brand may make no mention of the event it wants to connect with. But you capitalize anyway by timing an increase in marketing throughout.

Saturation ambushing wiggles its way into the conversation without any associative suggestion. This will help you gain mileage with consumers without having to spend money paying someone else for the privilege.

Take a Smart Risk and Boost Your Brand With Ambush Marketing

Even though it’s controversial, ambush marketing continues to be the rebel in the marketing world that’s paying dividends. Ambush marketing raises awareness, enhances consumer perception, and may help you gain a share of the market. If you decide it’s right for you, be creative, launch an effective and well-timed campaign, and make sure you understand all legalities.

Once you check those boxes, your ambush marketing campaign will make you a trendsetting brand that goes against the grain. 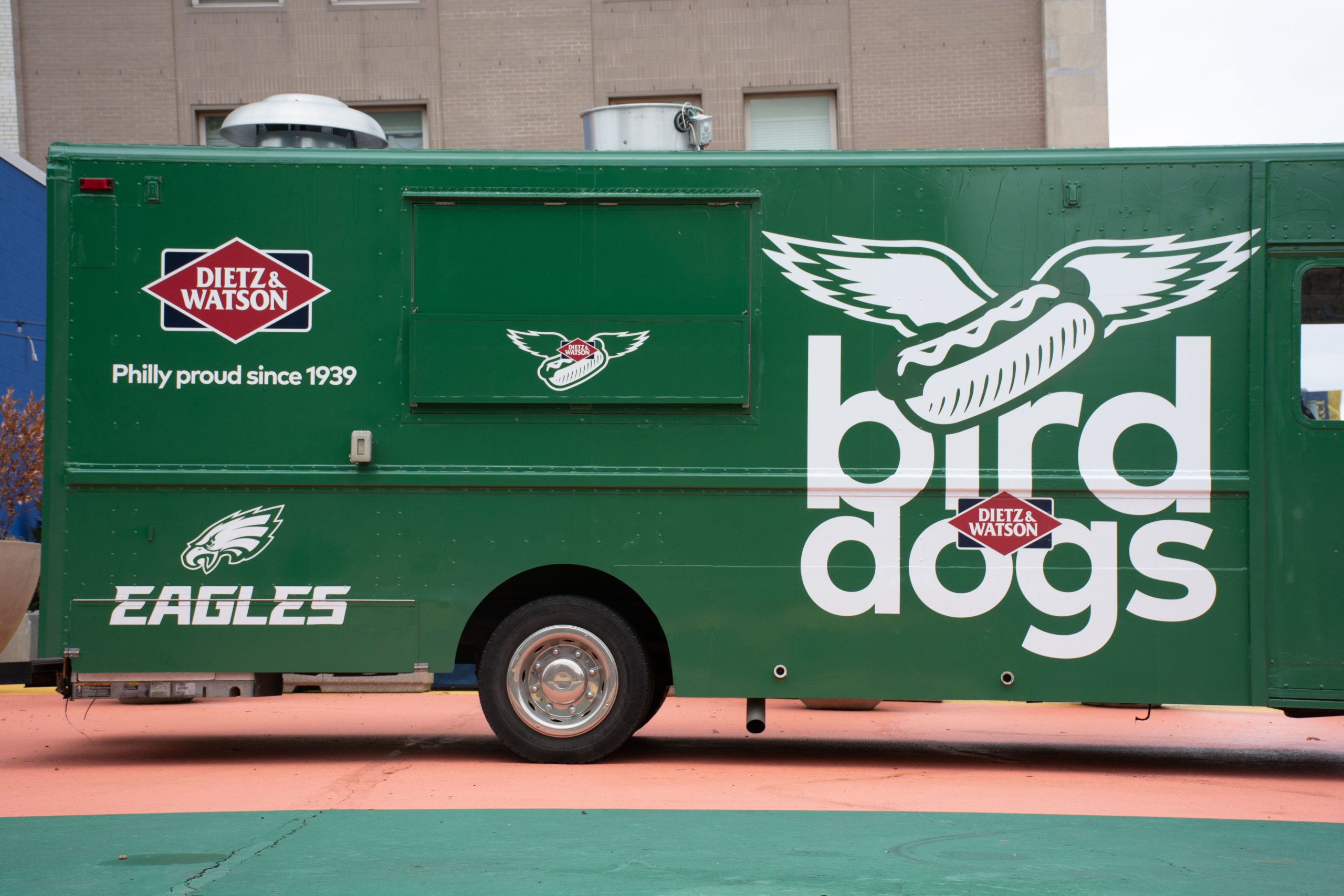 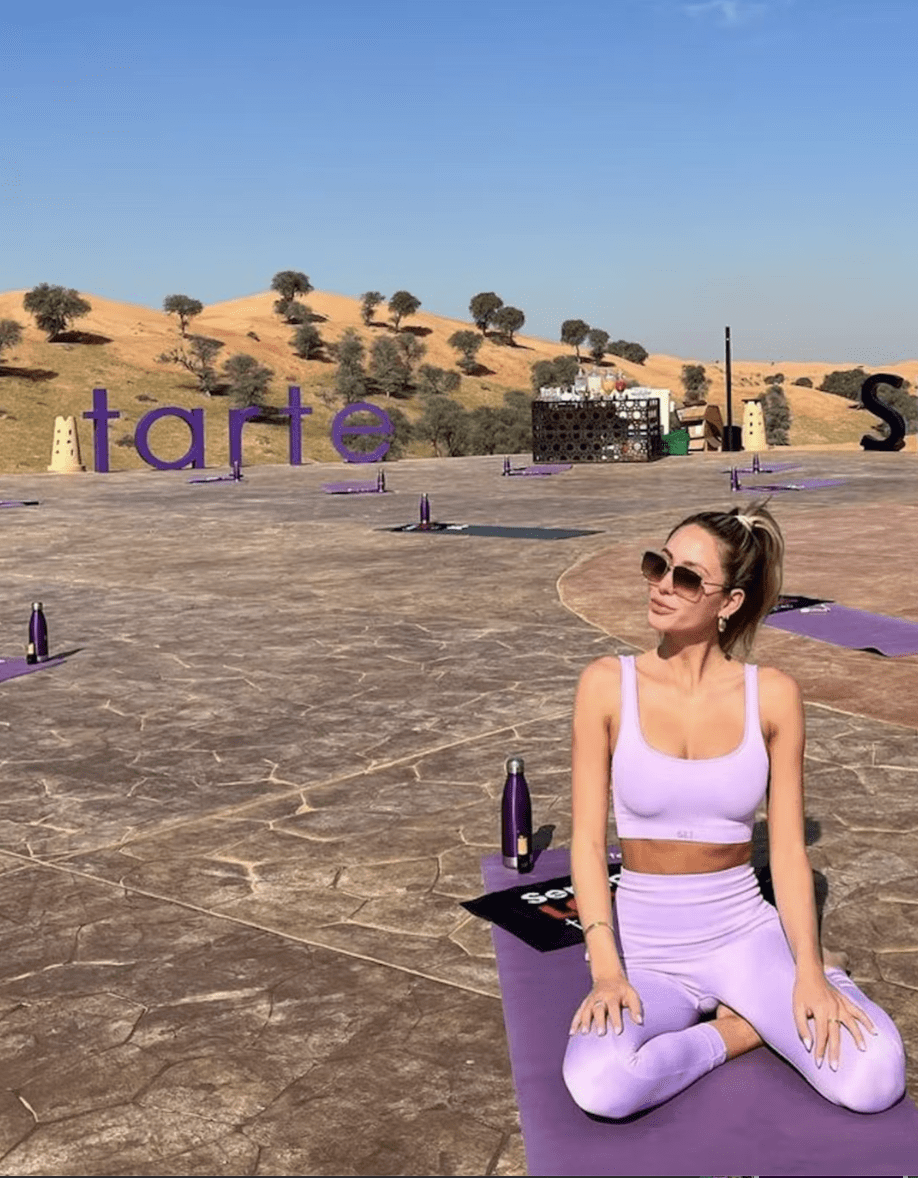 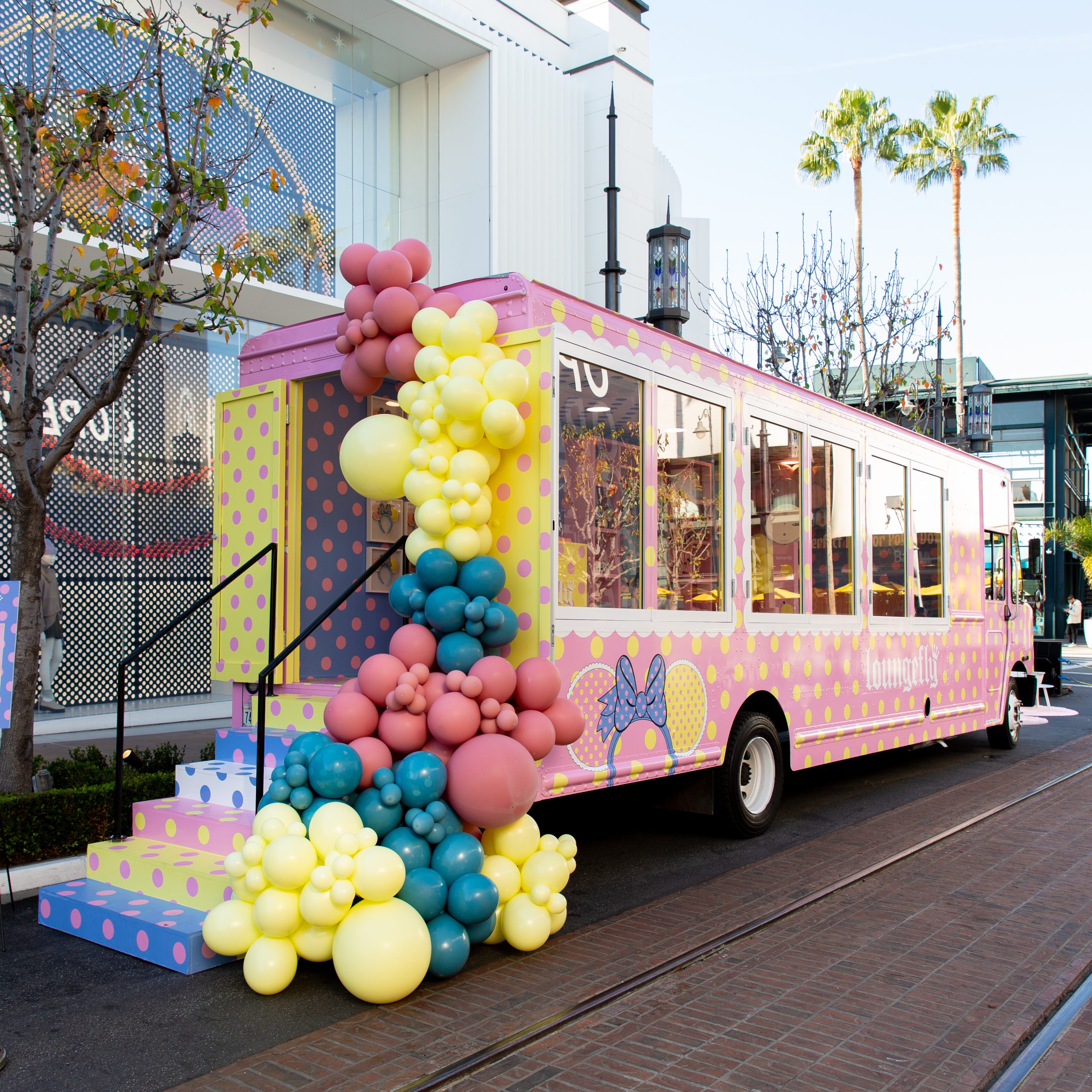